Another Halloween Freebie as part of the Coffin Hop Web Tour!

Just last night I put up a free short story titled What Happens in Vegas... An Empire of Blood Short Story. This is a standalone story and does not require the reader to have read Shining in Crimson. In fact, I think it will be a great introduction to the world Shining in Crimson is set in and a nice little treat for those who have read Shining in Crimson. And let's face it, what better time to read a horror/dark fantasy story than Halloween? And it's free! And don't forget, I'm still giving away 2 free e-copies of Shining in Crimson to two lucky commenters. And to be clear, I'm going to count any comment on any of my posts since day one of the Coffin Hop (October 24th). Also, be sure and check out more of the other pages as they are also having giveaways and contests! Just go to: http://www.coffinhop.blogspot.com/ There are over 90 other blogs participating, so there are a lot of chances to win and lots of great free content to check out! And without further ado, here's a snippet of What Happens in Vegas... An Empire of Blood Short Story 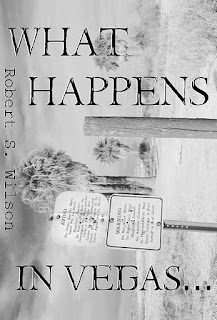