The Real Reason Why Today is Special... 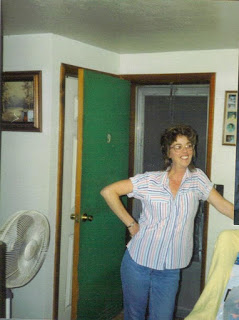 Today, my mother, Sharon Lynn Gastineau, would've been 63 years old. She passed away far too early at the age of 57 in 2006. She was easily the biggest influence on my life and everything I do. She had the kindest heart and often gave all she had to help others. She had the strongest will and personality of anyone I've known. She was equally loving and stubborn and magnificently honest. And though it's been more than five years since she left this world, I still remember her vibrant personality more than anything.

She raised me, my brother, and my sister as a single parent. She worked hard, cleaning houses, apartments, and eventually motel rooms to put food on the table for us. We didn't always have much but we never went hungry. Early in life she was diagnosed with diabetes. Over the years, many other illnesses either came and went or she went through life dealing with them silently. She fought and beat cancer, she endured several years of randomly being attacked by bouts of epilepsy until she was finally prescribed something that kept them at bay.

One of my earliest memories of her turned out to be a real life case of foreshadowing of the darkest kind. I remember seeing a large golf ball-sized hole in her leg filled with pus and blood, the flesh surrounding it a purple-ish hue. I asked her what had happened. And I remember her telling me, in good humor, that something was eating away at the spot. Now, if that doesn't shape a horror writer, I don't know what will. Only later as an adult did I realize, looking back, that the memory had not been a strange nightmare but that the hole had actually been from a bad infection.

She beat that one. But in her last years she became susceptible to two more that caused her to have to lose both of her legs. And in those years when she was wheelchair-ridden she didn't give up. She showed the strongest will I've ever seen in any single human being. Only once in those years did I ever see her feel sorry for herself. And for that one time that she wavered, there are hundreds of thousands of times I can remember that her strength and charity would've outshone anyone else's lifetime of self pity.
Posted by robertswilson at 2:42 PM

Email ThisBlogThis!Share to TwitterShare to FacebookShare to Pinterest
Labels: mom