Standing and Breathing... On my Own, Above the Ashes 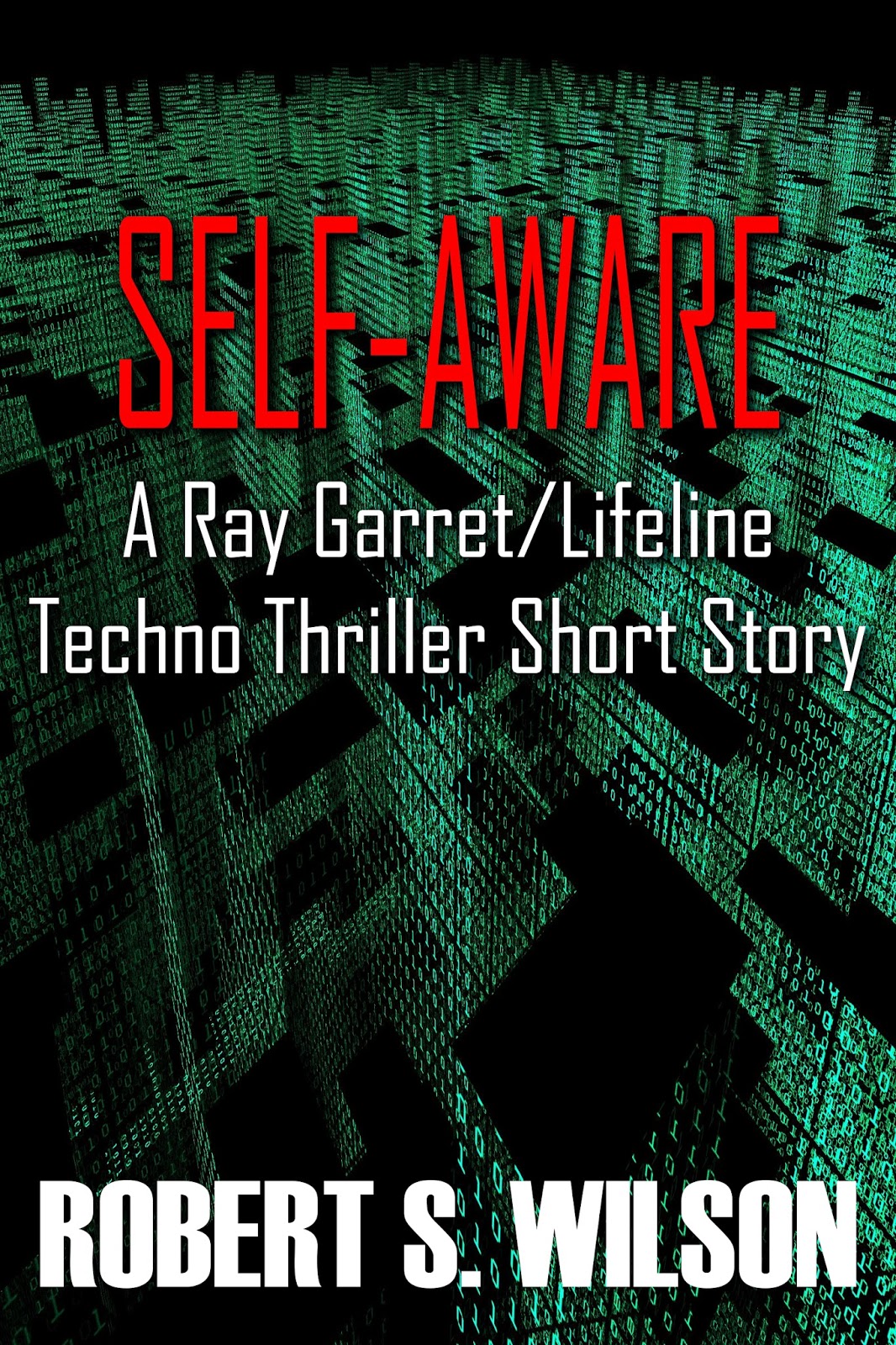 So, at this point, I'm not really sure where to begin, so this might end up just a bit chaotic. I know every time
I write one of these things, a LOT has transpired since I last posted. And this time is certainly no exception to that. If anything it's an exception on the opposite end of the spectrum. Late last year, Nightscape Press hit a pretty big bump in the road and that put a lot of my life in flux for lack of a better way to put it. For those of you who keep up with me on Facebook, you know that we moved to a place out in the country rather suddenly. This was a blessing quite much in surprise. But that's not all that important, really. Suffice it to say life is a little less hectic out here and we have a lot more room to breathe and the cost of living is roughly about the same, sometimes cheaper.

And I'm happy to say I've only ever seen so many stars in the night sky in Owen County, Indiana...

Moving on... Early in January, for those of you who are fans of my cyberpunk novella Exit Reality, I released a brand new Ray Garret/Lifeline story titled Self-Aware which may very well end up also being the first chapter to an upcoming Lifeline novel. If you are curious to check it out you can find it on Amazon, on Smashwords, iBooks for the iPad, and it should eventually be available at BN, Kobo, Sony, and all that before too long. So far it's not exactly flown off the shelves, but 99 cent short stories rarely do...

We had fully moved in and spent our first night here as a family on New Year's Eve. Some things have taken some adjustment while others have been a huge relief. Balance and all that I suppose. However, late in January we lost two very dear friends.

First, about a week before the end of the month a sweet soul Jen and I only had the pleasure of knowing online who had been a huge supporter of my fiction and Nightscape Press and just generally a wonderful friend, Michele Dotson, went into a coma and passed away. Her efforts to spread the word of my work and her lively moderation of the Kindle Horror Books Facebook group will be sorely missed.

Then... on the very last day of January just a month after we moved in to the new place, while still in the process of getting acclimated and settling in, we learned that a very good friend from Indiana, Daniel Jaffke, was murdered. Daniel was a singer/songwriter who I had been friends with for around fifteen years. Way back when I was actively playing in bands, we wrote and sang a song together for one of his old bands. Several years after that we started a small recording project that didn't quite take off. And for years after that we often talked about wanting to make time to work together again. That never happened and now he's gone. I was however lucky enough, the last time I saw him, we stayed up all night talking. I'll be forever grateful for that time. We did a lot of much needed catching up that night. That was back in June or July... Life has a way of really slapping you in the face sometimes.


Daniel was the singer for several Indianapolis bands over the years including his most recent band linked from his pic above, Two O'clock Twilight. He was an amazing singer and songwriter and thanks to some lowlife piece of shit, his voice has been forever silenced and that's more of a tragedy than I can truly express. Though I did try, but I'll get to that later in this post.

(Here is a beautiful example of just how amazing a singer Daniel was.)

So, we traveled up to Indiana even though we really couldn't afford to because there was no way I was going to miss his funeral. The trip was hard, the funeral even harder, but a lot of great things happened too. For one, many of Daniel and my mutual friends worked hard before and right up to the funeral putting the word out about what happened to him and that his family was in financial need for the funeral. Via GoFundMe we raised more than enough to pay for the funeral. The amount of support and truly loyal friendship that came out of that was emotionally and mentally overwhelming (in a very bittersweet kind of way). The heartfelt thanks that Daniel's father gave to all of us at the funeral after everyone paid their respects nearly brought me to my knees. It was definitely a tribute to just how loved Daniel was.

But... as they say, and it stings so hard for me to repeat... "life goes on..." So, of course when we returned from the funeral in nearly mid February, a lot of things had piled up. Nightscape Press is in the process of recovering from that bump I talked about earlier. We have a new business partner and editor now and we're excited about that. And for those who don't know already, Mark left the company in October on good terms. 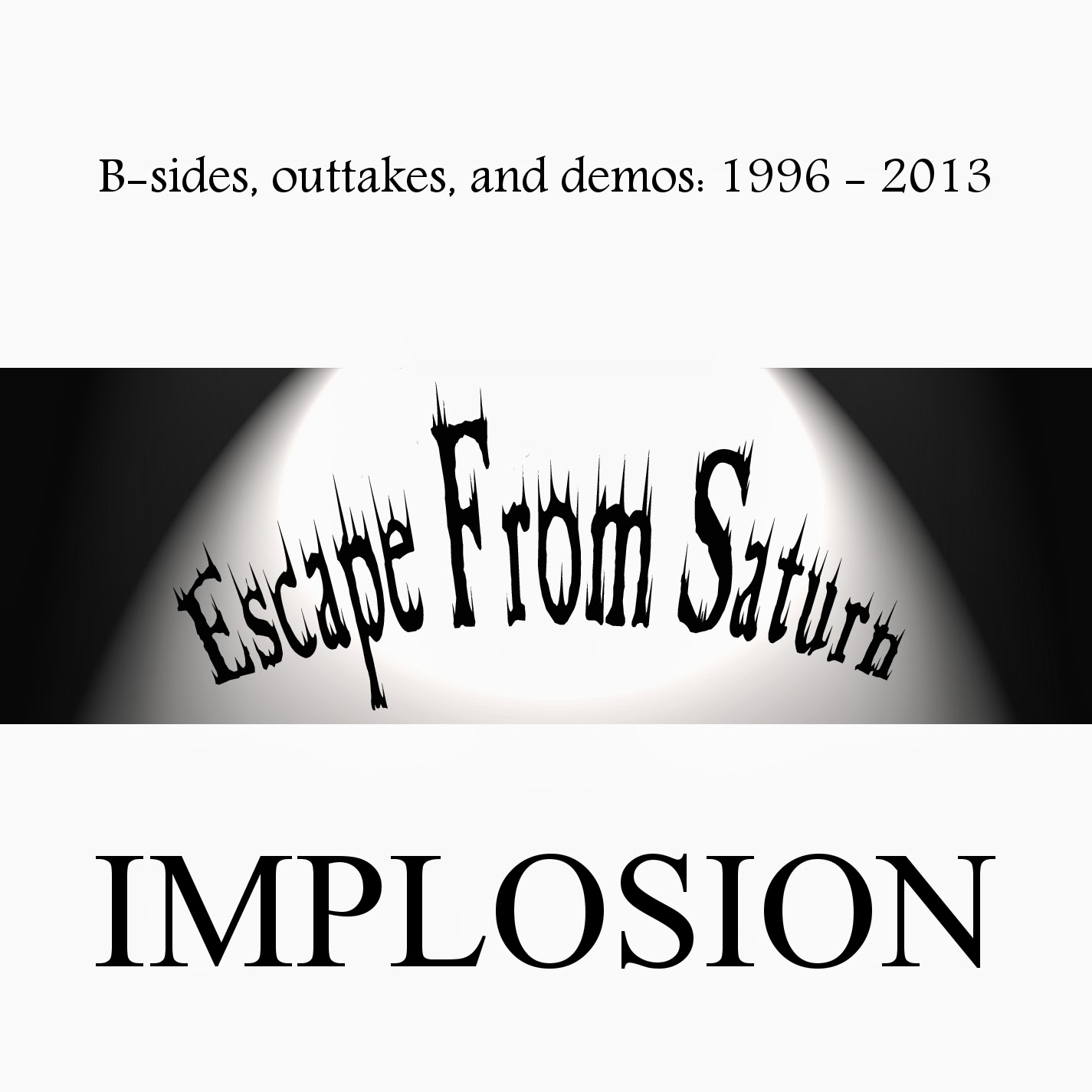 Shortly before we left for the funeral, I finished the final mix on the last track for my second (beyond) full length Escape From Saturn release titled Implosion. Implosion consists of 32 songs; b-sides, outtakes, and demos from 1996 through 2013. With a stiff drink and a dedication to Daniel, I clicked the link to publish the album on Bandcamp. You can listen and/or purchase the album here. The tracks for Implosion as well as 10 Million Ways to Say Goodbye are also available now via the EFS Reverbnation store and very soon 10MWTSG will be releasing in expanded distribution to various distributors. I'll talk more about that as it becomes available in places. And my writing... has certainly taken a toll. I'm afraid to say that Rising from Ashes: Empire of Blood Book Three still has a little ways to go and will likely not be out until April or May. In the midst of working on RFA, late last year I wrote a 10,000 word novelette titled Through the Mindhole. I recently released it as an Amazon Kindle exclusive that is free to read for Amazon Prime account members. It's a sort of disturbing supernatural, psychological serial killer fairy tale.

I feel very strongly that it's one of the most interesting things I've ever written. And for those of you who use other e-readers than Kindle, as all of my titles are, it is completely DRM free and can easily be converted to other formats. And after this initial exclusive period here in a couple of months I'll be releasing it via Smashwords and all the various other distributors like BN, Kobo, etc.

Meanwhile, I am working on Rising from Ashes and will do my best to still get it out as soon as possible. But I won't apologize for what I could not control. I never wanted to have life get in the way and I certainly didn't want to lose my friends who were very close and dear to me. And the grieving process, for a time there, didn't allow me to do much of anything.

Which brings me back to music... Music has always been the first thing I turn to when life becomes hard to bear. Don't get me wrong, writing has been a huge source of release and helped me to deal with many things in my life, but I recently realized the huge difference between the two. For me... for writing to help me through rough times it requires a lot of work on my part. A lot of digging and tearing and scratching away the surface of something before it truly happens. With music, it's like immediately diving into the source of the pain and anguish.

So while I'll be writing Michele her own personal character in RFA, I did not get the chance to know her in real life nearly as much as Daniel. Daniel's death left a hole in me that left me no choice but to hide away and write music. I wrote the following song for him, called Project the Last (Project as a verb, like to project something outward). Project the Last was the name he had envisioned for the project we had started working on so many years ago and never finished. This was my attempt to express just how truly great of a person was taken from this world so horribly and before his time.


Posted by robertswilson at 8:25 PM No comments: