The KU Experiment Continues and MindLink: A Lifeline Binary 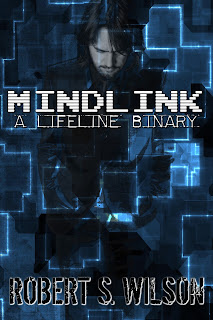 So, I said screw it and threw all my cards on the table. I don't think a good experiment is worth the time and energy if you don't give it a serious try. So, I've now made MY ENTIRE CATALOG available through Kindle Unlimited. So, if you're a KU member and you were holding out for the price to come down on FADING IN DARKNESS or RISING FROM ASHES or WHERE ALL LIGHT IS LEFT TO DIE, etc. you can now read all of these titles absolutely free, (because a paid subscription is free, right? Yeah, well...)

So, just for the sake of making sure the info is out there, I'm gonna go down the line and list off each of them:

2. WHERE ALL LIGHT IS LEFT TO DIE: A COLLECTION OF DARKNESS (Includes THE QUIET, THE NESTING PLACE, THROUGH THE MINDHOLE, FORCIPULES, THE DEATH CATCHER, SELF AWARE, and THE RESURRECTION OF TOMMY DERRINGER, an EMPIRE OF BLOOD short story exclusive to this collection.)

1. SHINING IN CRIMSON: EMPIRE OF BLOOD I

1. THROUGH THE MINDHOLE: A SERIAL KILLER FAIRY TALE

1. WHAT HAPPENS IN VEGAS: AN EMPIRE OF BLOOD SHORT STORY

4. SELF AWARE: A RAY GARRET/LIFELINE TECHNOTHRILLER

5. A LIGHT THAT COULD ONLY SHINE ON THE DEAD

Posted by robertswilson at 6:06 AM No comments:

Selling out... But Only If I Actually Get Paid...

Some of you may remember a very angry post I made about Kindle Unlimited. In it, I blamed KU for declines in sales that many indie authors experienced since KU started. I swore for the longest time I would never do this. But I've decided to put my toes in the water and see if either it's worth taking a swim or my leg comes back out half eaten by a big fat monstrous shark with an Amazon logo stamped to its forehead.

My novella EXIT REALITY came to the end of its contract several months back and I reclaimed my rights to it and shortly before that I took down its sequel novella, SOULSERVE. I had planned on reworking the entire story between both novellas into one coherent novel. I still may write a novelization but I've since decided against my initial plan and have instead put both novellas as well as all my previously Patreon-exclusive stories up on Kindle Unlimited. So, they're available to read for free if you're a KU member or to purchase for their individual prices etc. We'll see how it goes.

I also recently released an audiobook edition of one of those stories, A LIGHT THAT COULD ONLY SHINE ON THE DEAD, narrated by yours truly. I plan on doing the same for these other ones and maybe some of my other works. I have a narrator lined up for my Empire of Blood series, but he's still waiting on me to get him an edited/revised copy of SHINING IN CRIMSON.

Which brings me to another big piece of news...

On October 2nd, the long overdue revised and expanded edition of SHINING IN CRIMSON will be born into the world. Along with the omnibus edition of the entire trilogy which will contain all three novels, three short stories, notes, deleted scenes, and more. So, keep an eye out for that... Or don't if you'd rather not.

I'm still running behind on the Origins of Blood collection but will be getting it out there as soon as I possibly can. Life has been more chaotic than usual this past year and it's not looking like it's going to stabilize any time soon, so please bear with me. Also, I now have a Payhip page where you can buy eBooks directly from me!

Beyond that, I don't have much to report other than I am writing, writing, writing! For those of you who are interested, below is a list of all the "new" titles I just put up on Amazon. 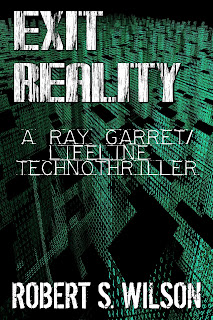 The future of experience is digital...even in death. No one knows this better than Ray Garret. In a world where the human brain can connect directly to the internet, human beings become the target of a mass-murdering computer virus.

Ray's an Antivii agent in charge of tracking down the source of digi-human viruses. He's no lover of the HPDID (Human Perceptual Digital Interface Device), but when a recorded experience from his dead wife is left for him, Ray has no choice but to play the file, changing his life forever.

"As visionary as William Gibson's Johnny Mnemonic and as seedy as Raymond Chandler's Philip Marlowe stories, Robert S. Wilson's EXIT REALITY is a supreme achievement. Wilson has created a world so plausible, and yet so full of nightmares, that you might never want to get online again. I loved this book. Write faster, Mr. Wilson, because I want more!"--Joe McKinney, Bram Stoker Award-winning author of FLESH EATERS and MUTATED 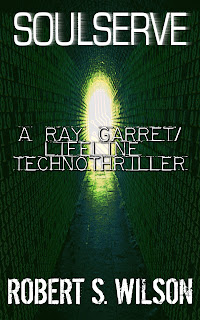 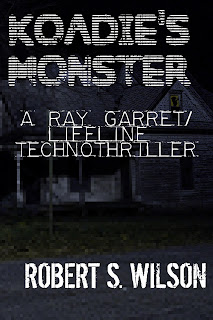 Young Koadie Lawson is tired of Rudy bullying him on the bus. Every day the older boy picks on him, beats on him, and sometimes even spits on him. But today Koadie has a plan. He's going to finally get his revenge.

Now it's up to Ray Garret to go in and save Rudy from his own perceptual hell and bring the poor kid back to the real world before there's nothing left to save. But first... he has to make it past Koadie's Monster... 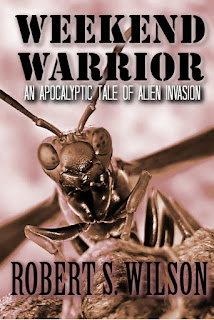 Ever since Thomas Martin joined the United States Army National Guard, he's been called a "Weekend Warrior" by more than a few folks. But it doesn't bother him one bit. Besides, those days ended the moment the daubers blasted through the stratosphere and melted down Japan.

It didn't take long after that before they covered nearly every stretch of earth with their alien hive nest. Now Thomas must survive in a world invaded by giant wasp-like creatures whose stingers melt human flesh.

And maybe, he might just find a new best friend along the way. But how do you stop an entire alien species from engulfing the once-beautiful world you call home? What can one man do to save Earth from its impending end? In the far future, the Earth is covered in ice. Those who have survived struggle each and every day in order to be able to eat. But when a small team of hunters and two anthropologists go on an expedition to search for food and knowledge, they find what's left of the legendary Northern Continent. 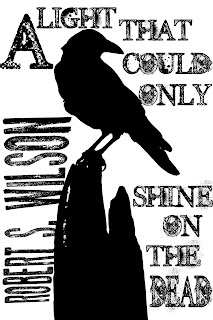 Twelve-year-old Rosario and his parents have arrived at Devil's Creek for a weekend of camping and family fun. The boy's parents have a surprise for Rosario... a secret.

But the eyes of the crows are watching...

And Devil's Creek holds a secret all its own.


Posted by robertswilson at 5:41 PM No comments: