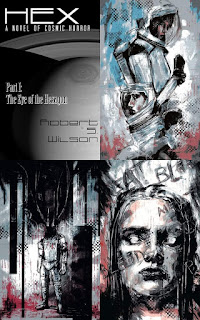 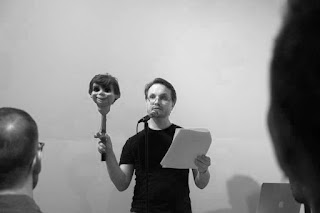 That's it as far as news goes for now, folks! But remember... #meatbleeds
Posted by robertswilson at 11:00 PM No comments: 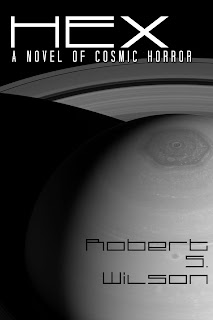 I hope we find his corpse floating in orbit. Tahlia imagines Jason tumbling among the rocks and ice within those vast majestic rings, those beautiful hazel eyes staring out at nothing behind a transparent face shield. Her fury chills to anguish and then freezes into a deep heavy guilt. She shields her eyes from a bright glint of sunlight reflecting off of Ring F. The sight of the planet takes her breath away and she lets her eyes wander to the giant hexagonal-shaped storm that crown's the gas giant's north pole. A living dynamo of gas and wind and gravity. The subject of her life's work. She smiles. She's really here. She subdues any sign of outward excitement. They're not officially here for science, much as that hurts deep inside her. They're here to find out why Zazel went silent. If the crew is alive or dead. Her own crew of five sit silent as the tiny dot of Zazel grows steadily closer in the viewscreen. Adrenaline and anxiety swirl into one another and Tahlia has to fight to keep from holding her breath. "Still no sign of radio activity," Brothers says into the empty silence. Ahmed turns to Tahlia, a flash of pity in his otherwise emotionless face. A nervous swallow. "On course for docking. We should make contact in 56 minutes and 27 seconds." Tahlia nods. "Brothers, any other signs of activity?" David clatters away at the keyboard in front of him, face scrunching with focus and then he shakes his head. "Power's on and life support is running but nothing independent." Minutes stretch into eternity and then the dot resolves itself into a sleek tiny shuttle floating just along Saturn's western ring plane. White base, wings covered in golden solar panels, cockpit glowing yellow with inner light. There's nothing visible in that glow. It's still too far away. Tahlia taps her fingernails against the console in front of her. A collage of moments floods her memory. Jason lying naked in bed, watching her dress in front of the mirror, a sly smile arching up the side of his mouth, black hair tossled at the top of his head. Holding hands under the stars on the hood of his newly restored bright cherry red '57 Chevy, cold metal sticking to the small of her back. Getting lost for hours, hiking in the autumn-colored trees of Lieber State Park. The blinding afterglow of her laptop screen after reading the recovered emails Jason deleted between him and Johanson. Nearly breaking her hand beating on the door of his apartment, screaming for him to let her in. The clean-typed formal letter from Brizen Aerospace Command informing her that she had been "dismissed" from the crew of Zazel, Jason's familiar signature scrawled at the bottom. Watching Zazel launch from a nearby parking lot, fingernails digging into her palms and drawing blood. Focus, Tahlia. She exhales, letting the poison in those memories leak out of her in one long release, fixes her stare back on Saturn. Something big begins to overtake the left side of the screen. Ahmed gasps as Zazel's payload doors crack open. "Uh. I didn't initiate the docking procedure yet." He looks back at Tahlia with a mixed expression of excitement and... fear? Tahlia nods and Ahmed turns back to his terminal. "Brothers, anything?" He shakes his head. "Nothing. I've had the hailing beacon on repeat ever since we first made visual." The doors continue to stretch open in one long flowery bloom. Zazel's docking arm slides gently into the gap between them. Her petals fully extended, the docking arm rises to meet Perseus. For the first time in weeks, their vessel makes a very loud noise and shimmies unsteadily for a moment as the docking arm attaches itself to the ship's hull. "Docking complete. The ships' computers are talking to each other." Ahmed looks up from his terminal, a disquieted look on his face. All eyes are on Tahlia now. "Anything about who set up the docking procedure? Why we're not hearing anybody on the radio?" Ahmed shakes his head. "Nothing yet. The ship's log data is transferring now. I can search through them once they're fully downloaded." Tahlia stares out at the open cargo hold of Zazel and lets out a long sigh. "I suppose we had better take a look. Ahmed, stay here and keep monitoring the data transfers. Brothers, Melton, Chambers, you'll suit up with me... Someone is in there. Has to be."
*** Read the rest of Chapter 1 for free on my Patreon page (new chapters will be posted there every week).
Posted by robertswilson at 9:24 PM No comments: