New release and more to come...

In the midst of editing manuscripts to pay the bills and editing/formatting and the like for Nightscape Press, I  finally finished the first draft of Exit Reality a couple of days ago. And what better way to celebrate a coming new release than with...well a new release? 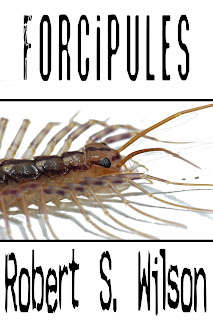 Forcipules is my latest short story release for Kindle. Here's the description for it:

Ever since the local factory was destroyed by the meteorites, Edgar's been down on his luck and drunk. Marilyn wishes he'd just quit moping and look for a job. But that rock he brought home from the debris, it's got a secret. A creepy crawly secret with 15 pairs of legs.


As the town is taken over by something not of this world, Marilyn is the only one in her right mind to witness it. Can she do anything to stop them?

***This short story is an ode to the pulpy science fiction/horror stories of old. Not for the squeamish when it comes to bugs, particularly centipedes.***

I took the time to read over the draft of Exit Reality last night to see how I felt about the story as a whole. I read it in one sitting and I hope that it has the same effect on my readers. After five years of researching and developing, three years of which before I even started wrting (and one failed attempt to start writing), and some of the most intimate self-examination I've ever done in any form of communication in my life, I now have an approximately 24,000 word novella that I think is the most intricate thing I've ever written. Combining horror, crime fiction, and science fiction, I think it's a big milestone in my evolution as a writer.

So between the drafting and editing process I should be able to release it into the wild fairly soon. And with that now mostly behind me I can truly focus on finishing Fading in Darkness: Empire of Blood Book Two. Look for more updates to come as things progress.
Posted by robertswilson at 12:35 PM