What Happens in Vegas... An Empire of Blood Short Story 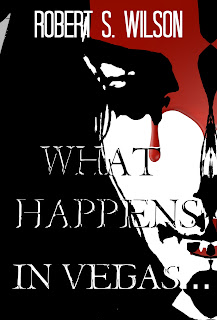 When Jackie took her little sister, Karen, for a joy ride into Necropolis without telling her where they were really going, she only meant to have a good time. Give her a little scare. A desolate shell of its former self, Sin City still holds a certain temptation for those who like to gamble. But when the residents of the city awaken, what happens in Vegas... well, you know the rest.

"Wilson is a dark force to be reckoned with."--Trent Zelazny, author of Destination Unknown and Fractal Despondency

What Happens in Vegas... is a free fast-paced short story set in the Empire of Blood series.

Scroll down to read for FREE on this page or click one the link below to download for your Kindle.

Also available for Amazon Kindle for 99 cents and through Kindle Unlimited.


WHAT HAPPENS IN VEGAS...
An Empire of Blood short story
by Robert S. Wilson

More about EMPIRE OF BLOOD